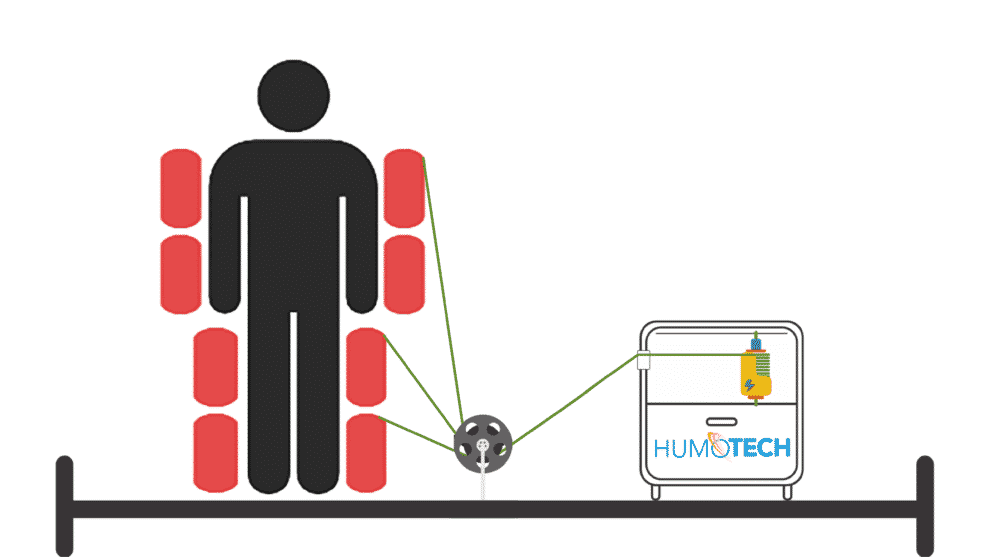 The main aspect of exoskeletons, exosuits and wearable robotics is that the device is wearable.  The best places to attach a device to the human body is a matter of some discussion.  Excessive constriction can cause discomfort or worse.  Shear forces, or rubbing against the skin (i.e. due to a strap sliding along the human body), can also cause serious abrasions.

In the groundbreaking book, Wearable Robots Biomechatonic Exoskeletons the editor José L. Pons dedicates a sub-chapter to “Applications of Load to Humans” with a good introduction to tolerances to pressure and transmission of forces through soft tissues.  That, in turn, is followed by a case study on the analysis of pressure distribution and tolerance areas for wearable robotics written by J. Belda-Lois, R. Poveda and M.J. Vivas.  While developing the Super-Flex, SRI International also tacked the distribution of forces on the human body and used silk rope performers for inspiration and their experience (see: SRI Robotics Super Flex Exosuit, 2016)

In February 2020, PLOS ONE published “Characterizing the comfort limits of forces applied to the shoulders, thigh and shank to inform exosuit design” to add to the already existing body of knowledge on the subject (which, admittedly, is rather limited at this time).  The research article is written by Matthew B. Yandell, David M. Ziemnicki, Kirsty A. McDonald, Karl E. Zelik all hailing from Vanderbilt University.  The full research article can be accessed for free at PLOS ONE: https://journals.plos.org/plosone/article?id=10.1371/journal.pone.0228536

The experimental design included a custom support frame, an actuator system by Humotech which applied forces downward to the interfaces located on the shoulders, thigh, and shank and an LCM300 single-axis load cell by Futek.  Forces were applied repeatedly until the ten subjects, five males and five females age 24 ±2 years old, indicated that they did not want to experience any higher loads.  In addition, the participants completed a survey before and after the tests (refer to the article for full details).  The median comfort limit was then computed from the 40 trials per body area for each of the ten subjects.

For all body test areas, it appeared that a higher frequency of force application resulted in higher tolerance levels.  In addition, the comfort level tended to increase with each day of testing.  The article also notes that the tested forces are higher than the literature reported values for exosuits.

“Regardless of whether the device is pushing, pulling, or compressing the user’s body segment there will be some comfort limit, and it is advantageous for device designers to have a rough range or benchmark data on what levels of force make users uncomfortable. This is one of the first studies to provide such benchmark data.”

Studies like this enrich the knowledge base of the exoskeleton, exosuit, and wearable robotics industry.  Obviously, much remains to be done (pulling, pushing, compressing, material changes, static vs dynamic loading, unwanted sliding and shear, skin damage, alteration of bone and tissue morphology, cognitive tolerance, and much more…)  As the number of available studies increases, storing, sorting and cataloging them in an easily accessible database becomes gradually more critical. 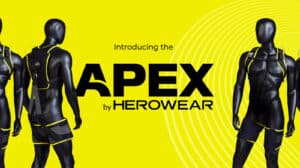 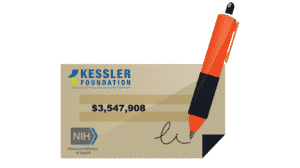 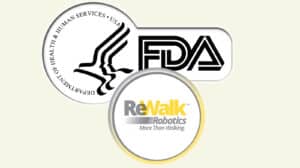 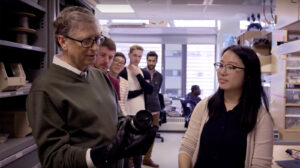 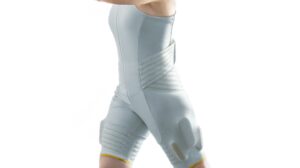 Pushing the Wyss Soft Exosuit to its Limits

Ushering in a New Era of Exoskeletons Designed for Women
Comment